And every created thing which is in heaven and on the earth and under the earth and on the sea, and all things in them, I  heard saying, "To Him who sits on the throne, and to the Lamb, be blessing and honor and glory and dominion forever and ever." - Revelation 5:13 NASB

What is the first thing that comes to your mind when you ponder the meaning of Christmas?  For most people, it isn't the book of Revelation, though that's where my mind goes. Diving into scriptures about Jesus' return to rule and reign over all creation provides a different twist to Christmas!

Previously when thinking of that baby in a manger on some silent night in a little town of Bethlehem over two thousand years ago I didn't think about the awesomeness of the throne room of God nor of the Second Coming. I hadn't thought about thunder, lightning, plagues and Him having enough power to destroy the earth with one word.  I just hadn't thought about the Jesus who would one day conquer all evil.

Later this month, Christians all across the world will celebrate their Savior's birth.  He was born a baby in Bethlehem but will come again to rule the earth forever. God in the flesh came down to earth from his throne in heaven be with us. Jesus was God,

who, although He existed in the form of God, did not regard equality with God a thing to be grasped, but emptied Himself, taking the form of a bond-servant ... Being found in appearance as a man, He humbled Himself by becoming obedient to the point of death, even death on a cross.

For this reason also, God highly exalted Him, and bestowed on Him the name which is above every name, so that at the name of Jesus every knee will bow, of those who are in heaven and on earth and under the earth, and that every tongue will confess that Jesus Christ is Lord, to the glory of God the Father. (Philippians 2:6-11 NASB)

Yes. Every knee will bow to Him...twice.  Once to kiss His cute little baby cheek in the manger.  Another to acknowledge Him as King of all Kings.

This the complete view of Christmas...the total package of God's gift to us to bring final peace on earth and goodwill to men. I will forevermore celebrate the first AND eventual second coming of Christ on Christmas Day. The. Ultimate. Advent. 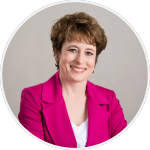